Doe Bay Wine Company is proud to offer a curated selection of Wine, Beer and Cider from around the world at their Bottleshop in Eastsound. Owners Cole and Stephanie Sisson provide a range of services including Onsite Sommelier, Private Classes, Cellar Management, Pairing Events and Tastings. To reserve your place or to schedule a private event, please call ahead or make a reservation online through our website www.doebaywinecompany.com.

Cole Sisson, a native of Orcas Island and Stephanie Sisson, a South Jersey native, met in May 2016 at the Philadelphia Food & Wine Festival. In December 2016 Stephanie took a spontaneous weekend trip to Oaxaca, Mexico to rendezvous with Cole. Four unforgettable days later they were engaged. Stephanie relocated to Seattle in January. The pair then quit their jobs in May, moved to Orcas Island in June, were married in July and opened Doe Bay Wine Company in August 2017. They believe in magic, mezcal and merry-making.

Cole brings Sommelier experience having worked at restaurants including RN74 Seattle and Michael Mina at the Bellagio Resort in Las Vegas. Stephanie previously worked in importing and distribution with a focus on wine training and wine education. Stephanie is enrolled in the Wine and Spirits Education Trust (WSET) Diploma program and Cole recently sat for the Master Sommelier Exam. As a couple they share the view that wine should be accessible and fun for all!

Further to their specialty services they also produce a series of wines under ‘The Orcas Project’ umbrella. The Orcas Project is a collaboration between acclaimed Winemakers and Vineyards in the Pacific Northwest, featuring labels designed by Orcas Island Artists. These wines are limited in production and available at the Bottleshop in Eastsound, as well as online at www.theorcasproject.com, or at select restaurants around the Puget Sound. 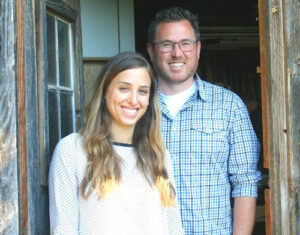 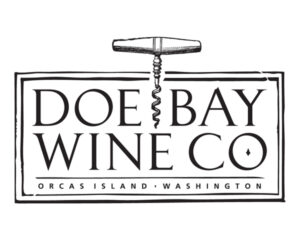